I came across the following card image online the other day.  It's a promotional card of Melbourne Aces pitcher "Bubbie" Buzachero, who I believe used it for promotions work with young baseballers during his time in Melbourne. I believe that it was something he arranged to get printed up himself. 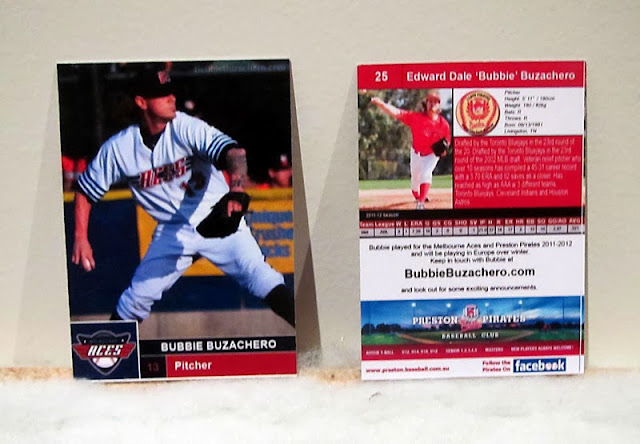 Buzachero is American born and spent nine years in the minor leagues, reaching Triple-A with Cleveland, Houston and Toronto. but played both the the 2011-12 and 2012-13 ABL seasons with the Melbourne Aces. He has his own website and describes himself as an "International Baseball Player and Ambassador".

I've asked him if I can get either a copy of the card, or a better image to put up on this blog, and am currently waiting for a response.