Whilst in Melbourne on a rare work trip, I managed to pop into CardZone, one of the few remaining brick and mortar card stores in Australia. Before heading on my trip I went through some of my old card sets to see which sets I needed to still complete and took a list with me on the trip.

Unfortunately, the store only had complete boxes of the old ABL sets for sale, and weren't selling commons or packs from those sets anymore. Still I needed most of the 1996 Australian Baseball League set released by Futera. A box of the 1996 cards was cheap too - $45 for a box , so I dutifully plonked down my hard earned money and was rewarded with a box of 40 packs to break at a later date. I savored the box and left it unopened until after my flight home where I dutifully broke it open. 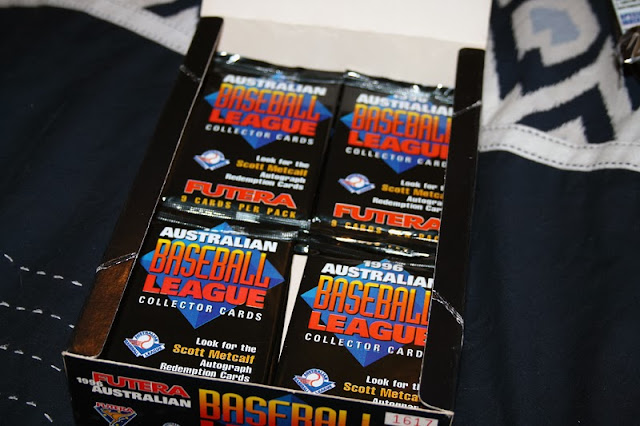 Here's what the box potentially offered.

Of the insert sets, the key cards  in my opinion are the cards of former Australian MLB players David Nilsson (BON9) and Mark Ettles (GP5).

With the stated odds, with normal distribution I should expect to get 5 Bottom of the Ninth inserts, and 2 Gold Prospects inserts. 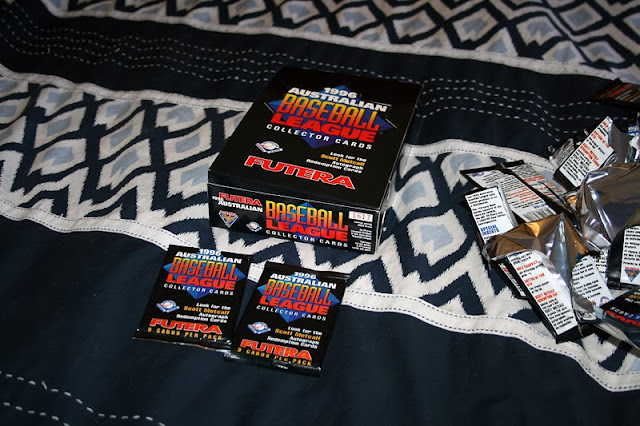 So, thoughts on the break. Really disappointed that I couldn't get a full set of 110 cards from the 360 in the box. I got all of the key commons, but missed out on a common player and one of the All Stars cards. I also was short changed on the inserts by one BON and one GP card, but the main reason I was buying the box was to try and complete the commons set. I would have been more excited at the Nilsson BON card, except that I'd already bought this card many years ago.